The weather’s been beautiful this week and we’ve had some amazing sunrises. I’ve been lucky enough to have been awake early enough to see a couple of crackers including this one!

It definitely feels like we’re coming to the end of the growing season. I’ve been saying for the last few weeks there hasn’t been much to do – just waiting to harvest things really, but, this week there has been more on my  allotment ‘to do’ list.

I met Michelle on the allotment on Friday morning. We hadn’t seen each other for a while so it was lovely to catch up. I didn’t do loads while I was there – I pottered about a bit and pulled up some weeds. I pulled up all the spinach plants. They really were on their last legs and had started to bolt. I saved what I could (for my morning fruit smoothie!) and the rest went in the compost. So the spinach bed is now empty ready for whatever I decide to grow in it next  (assuming the strawberries don’t make a land grab for it!)

After the cafe on Saturday Louis and I popped in to the plot. It was a beautiful, sunny afternoon, and I was determined to make the most of what was, possibly the last hot day of the year. We ended up spending about 3 hours on the plot but, as usual it really didn’t feel like it. I spent most of the 3 hours weeding – believe me, it needed it! Weeding feels like a never ending job and is definitely not my favourite part of gardening but, it’s a bit like housework – no one enjoys doing it but there’s an enormous sense of accomplishment when it’s done! Do you remember the blue mallow I found in the strawberry patch a couple of weeks ago? Well, it’s all over the plot – especially in the new grass on the paths (could it have been in the grass seed?) I wasn’t looking forward to tackling it because the root on the one in the strawberry patch was huge. As it turned out the process wasn’t as bad as I’d imagined. The Blue Mallow leaves have quite long stems so it can make the plant look really big but actually the single, spindly, parsnip like root was pretty easy to dig out and, with a bit of help from Louis we’d soon almost cleared the path next to the pumpkins and squashes of the Blue Mallow. Job well done! 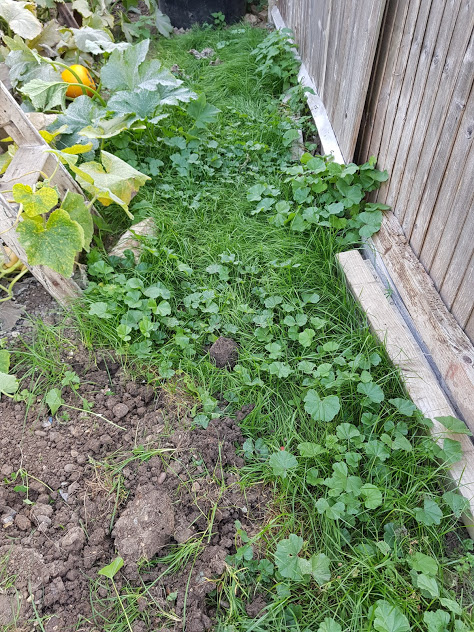 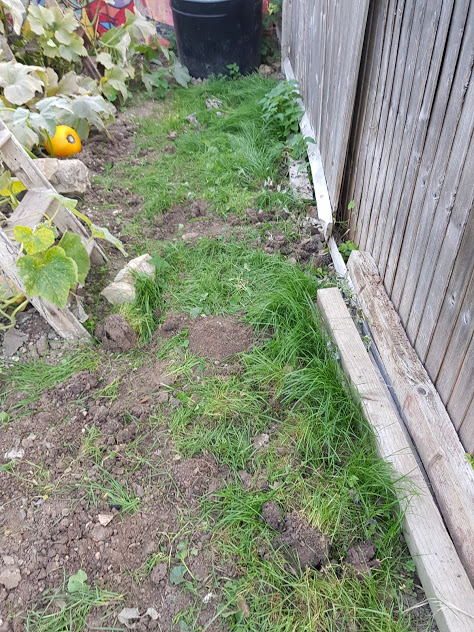 I harvested the remaining potatoes. I lost quite a few to whatever little crittter had decided to nibble holes in them, but not a bad harvest overall. That’s all the potatoes out of the ground now – apart, of course from the odd few I’ve inevitably missed which I’ll only discover next year when they start growing. 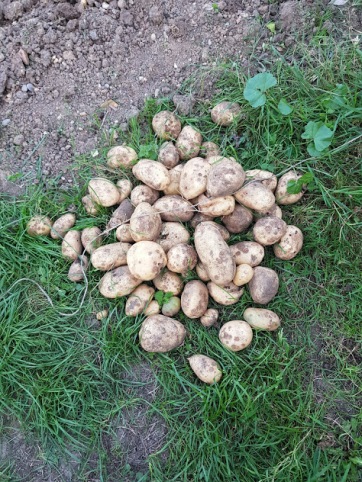 It didn’t take very long for this little fella to trun up after I started digging up the potatoes.

Some of the tomatoes are red! This seems to be taking absolutely forever. I didn’t pick them because I didn’t think they were red enough. Hopefully a few more will ripen this week.

The squashes and pumpkins seem to be dying back. Still about 5 squashes waiting to be picked and a couple more decent sized pumpkins on the plant. I’m really pleased with how well the ladders have worked. They’ve definitely confined the pumpkins and squashes and stopped them from taking over the extension area. 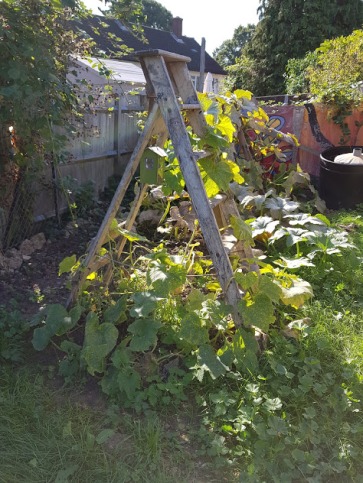 Michelle, bless her, once again let me use her water and Louis helped me give everything a good soaking. Today, Sunday we woke to heavy rain and it continued on and off all day so I didn’t need to worry about the plot today. Looking at the forecast it seems we’re in for a pretty wet week which will, hopefully fill the water butts as well as water the plants. 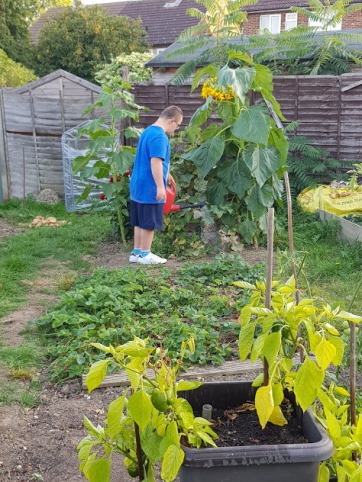 As I couldn’t make it to the plot today I decided to tick off one job on my (house) ‘to do’ list. I’ve been wanting to paint this chest of drawers for a while now so I was happy to be able to spend some time on it this afternoon. I’m really pleased with the end result – although I’m fully aware it’s not perfect (the feet need to be painted) 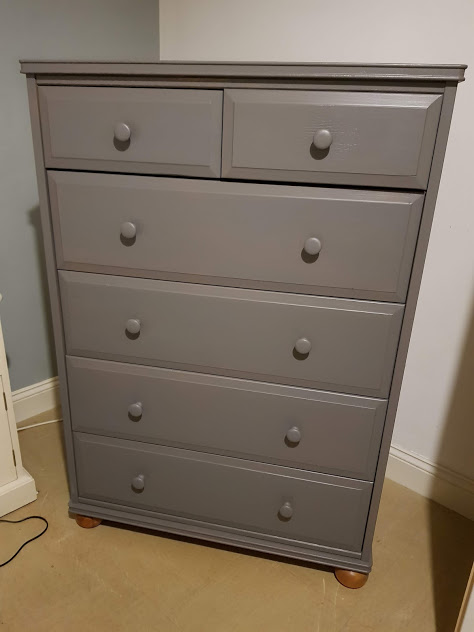 So, here’s how I left the plot this week. Forecast for the next week is rain followed by a bit more rain so I’m not sure if I’ll make it to the allotment much this week but, hopefully we’ll have at least a couple of dry days. 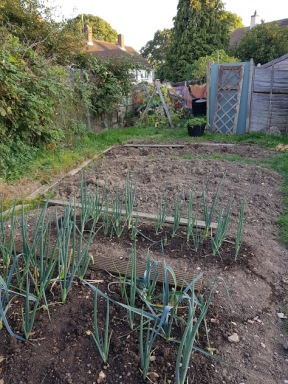